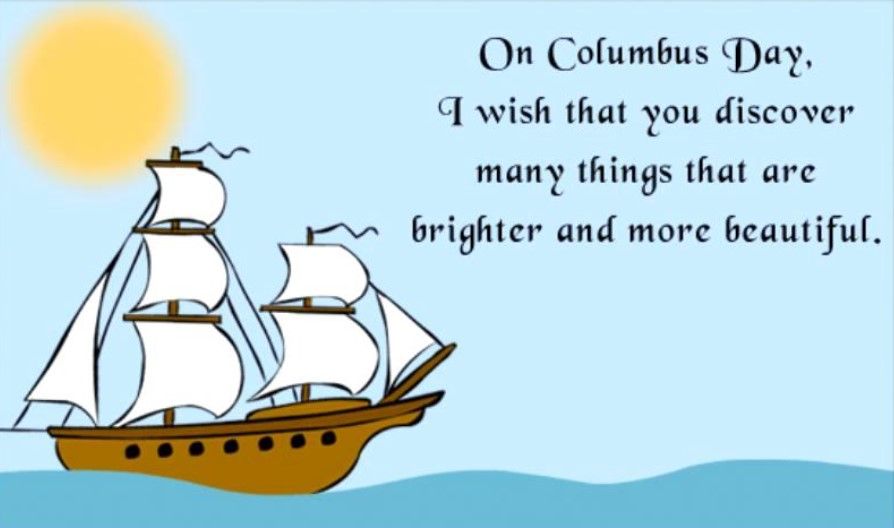 Columbus Day is a national holiday in many countries of the Americas and elsewhere which officially celebrates the anniversary of Christopher Columbus’s arrival in the Americas on October 12, 1492 (Julian Calendar; it would have been October 21, 1492 on the Gregorian Proleptic Calendar, which extends the Gregorian Calendar to dates prior to its adoption in 1582). Christopher Columbus was an Italian explorer and colonizer on behalf of Spain, who set sail across the Atlantic Ocean in search of a faster route to the Far East only to land at the New World. His first voyage to the New World on the Spanish ships Santa María, Niña, and La Pinta took approximately three months. Columbus and his crew’s arrival to the New World initiated the Columbian Exchange which introduced the transfer of plants, animals, culture, human populations, and technology (but also invasive species, including communicable diseases) between the New World and the Old World.

From Wikipedia, the free encyclopedia: https://en.wikipedia.org/wiki/Columbus_Day