On Tuesday, December 17, the United States Senate passed the 2020 National Defense Authorization Act (NDAA) with a vote of 86-8. This measure contains a provision that will completely eliminate the Survivor Benefit Plan/Dependency Indemnity Compensation (SBP/DIC) offset by January 2023. The bill now goes to the White House where the President is expected to sign it into law.

Currently, purchased SBP annuities are offset by the amount of any benefit payable under the VA DIC program.  SBP is not a government gratuity benefit; rather, it is a type of insurance purchased out-of-pocket by military retirees for their survivors while DIC is a VA benefit intended to provide spouses of veterans who died from a service connected condition some semblance of financial security.

Upon the retiree’s death, the SBP annuity is paid monthly to eligible beneficiaries; however, if a surviving spouse is also entitled to DIC, the SBP benefit is reduced by the amount of the DIC benefit.  When DIC benefits are payable but the monthly rate is equal to, or greater than, the monthly SBP payment amount, beneficiaries lose the entire SBP payment. Thousands of survivors of military retirees are adversely affected by this unfair offset between SBP and DIC benefits.

DAV has worked for years to achieve this outcome, which is in accordance with a long-standing DAV Resolution (No. 010), calling for Congress to repeal the unfair offset between SBP annuities and DIC payments.

We are extremely pleased that Congress has finally passed legislation that will remove this unjust offset and we look forward to the President signing this provision into law.  Thanks to your persistence and strong advocacy efforts over the years the unfair practice of SBP/DIC offsets will finally be abolished!

We greatly appreciate your continued dedication and support of America’s disabled veterans, their families and survivors.

This is information only. No further action is needed at this time. 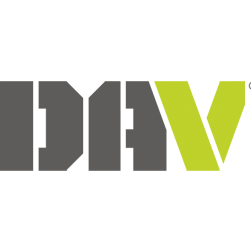